In response to recent COVID-19 concerns, we are writing to assure our clients that we are taking recommended precautions. (805) 494-1339 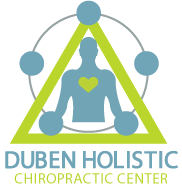 A dysfunctional or stuck valve will allow a waste product to venture back into the small intestine, think about the way a backed-up kitchen sink drain works and allows water to travel backward into the sink. When the valve becomes stuck, digestion gets disrupted causing unhealthy toxins to build up leading the body absorbing toxins. Why is this disorder so easily overlooked by medical professionals?  Common signs that are often seen in other disorders include a combination of the following symptoms:

Pay attention to dietary habits and keep the emotions in check, both play a role in ICV. Considering where the ileocecal valve is located in the solar plexus chakra and its relation to the digestive organs. The solar plexus is an energy hub and is the 3rd chakra located above the belly button and in the right abdomen. The solar plexus is responsible for personal power, confidence, and self-esteem.

Are you familiar with the fight or flight response to stress and how it affects the nervous system as blood rushes throughout the body and to other muscles and organs?  The bowel tends to be where emotions are being held in and when there is a release of the emotions, an emotional release may also occur. Additional physical imbalances related to the solar plexus chakra may include:

Treatments that work in the healing process in addition to diet and exercise changes include:

Duben Holistic Chiropractic Center is a leading chiropractic office in Thousand Oaks CA. You can schedule an appointment with us by calling (805) 494-1339 today!

Find us on the map